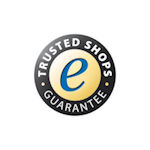 Article 2 Offers and Deals
1. All bids and offers of Fairways & Greens are free, unless a deadline for acceptance is made in the offer. A tender offer expires if the product on which the offer or the offer relates, in the meantime is no longer available.
2. Fairways & Greens can not be held to its offers if the other party can reasonably understand that the bids or offers, or a part thereof, an obvious mistake or error.
3. The prices mentioned in an offer are inclusive of VAT and other taxes and any government under the contract costs to be incurred, including shipping and handling, unless otherwise indicated.
4. If the acceptance (whether or not to subordinate items) from the offer included in the quotation or offer is not bound Fairways & Greens. The agreement is not in accordance with said deviating acceptance, unless Fairways & Greens indicates otherwise.
5. A compound quotation Fairways & Greens not to execute part of the assignment against a corresponding part of the price. Offers or quotations do not automatically apply to future orders.
Article 3 Duration of contract; delivery, implementation and modification agreement; price
1.The agreement between Fairways & Greens and the Other is for an indefinite period, unless the nature of the agreement dictates otherwise or if the parties expressly agree otherwise in writing.

2 .Fairways & Greens has the right to have certain work done by others.

3. Fairways & Greens is entitled to execute the agreement in several phases and to invoice the parts separately.

4 .If the agreement is implemented in phases Fairways & Greens, the execution of those parts belonging to a following stage until the Customer has approved the results of the previous stage.

5 .If Fairways & Greens requires information from the other party for the implementation of the agreement, the execution period begins no earlier than after the Other Party has provided accurate and complete to Fairways & Greens.

6 .If during the execution of the agreement shows that it is necessary for a proper implementation to modify or supplement, then parties will proceed swiftly and in mutual consultation adapt the agreement. If the nature, scope or content of the agreement, whether or not to request or indication of the Other, of the competent authorities et cetera, is amended and the contract would be qualitatively and / or quantitatively, this may have consequences for what was originally agreed. This may initially agreed amount can be increased or decreased. Fairways & Greens will it as much as possible quotation. Through an amendment to the agreement, the originally specified period of implementing change. The Other Party accepts the possibility of amending the agreement, including the change in price and time of execution.

8 .Zonder to come into default, Fairways & Greens may refuse a request to amend the agreement if it qualitatively and / or quantitatively, could result, for example, to be performed in that context work or to be delivered.

9 .If the other party in default should be in the proper performance of which which he held against Fairways & Greens, the party is liable for all damages (including costs) on the side of Fairways & Greens thereby directly or indirectly.

The right of withdrawal are excluded items:
- Are achieved in accordance with the buyer's specifications,
- Are clearly personal in nature;
- Can not be returned because of their nature;
- Rapidly decay or become obsolete;

If you make use of this right of withdrawal contribute yourself the direct cost of returning the product.

Article 16 Location and change policy
1. These conditions can be found on our website: http://www.fairwaysandgreens.nl/nl/service/general-terms-conditions/
2. Applicable is the last registered version or the version valid at the time of the conclusion of the legal relationship with Fairways & Greens.
3. The Dutch text of the general conditions is decisive for the interpretation thereof.